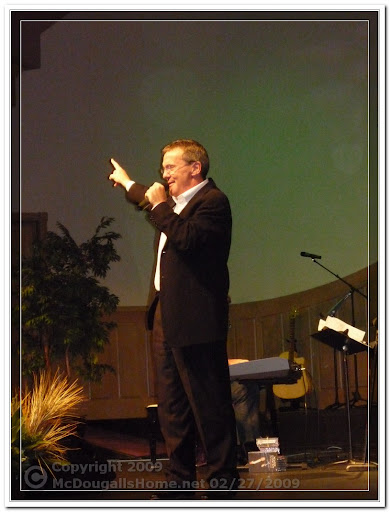 Click to see more pictures from our 2009 Montana Mens' Advance

Our church had our statewide Mens’ “Advance” on February 27 and 28 at Central Assembly of God in Great Falls, Montana.  Several years ago, we decided to change the name from “Mens’ Retreat” to “Mens’ Advance” because we are “advancing”, not “retreating”.

This year, we were honored with the presence of Mark Lowry.  Mark is a Christian Comedian, Singer, and Songwriter.  He is well known for his thirteen years association with the Gaither Vocal Band, and has announced to us that he has returned recently to the Gaither’s after a several year solo career.  Mark was accompanied by the very talented pianist Stan Witmire.  That man can make the piano “sing”.

Mark gave us a very entertaining but thought provoking message.  Our sides were splitting and we were gasping for breath from all the laughing that he caused us to do.  What a great time we had at this year’s “Mens’ Advance.”  Click the picture or HERE to see some photos of the Advance.